What's The Difference Between Vegan And Vegetarian?

Whether it's for ethical, health-related, and environmental reasons, or simply for pleasure, it appears the world is finally cottoning on to the importance of recognising vegan and vegetarian lifestyles and diets.

According to a poll carried out by Ipsos MORI for the Vegan Society last year, close to half of all vegans are aged 15–34 (42 per cent), with the number of vegans in Britain having risen by more than 360 per cent over the past decade.

Meanwhile, it is estimated more than 1.2 million people aged over 15 in the UK now profess to being vegetarian.

Just last year, lunchtime favourite food haunt Pret A Manger opened its first 'veggie only' branch in Soho, London (a second opened in the capital in April selling new vegan options such as macaroni cheese and chocolate brownies), while vegan food sales across the nation rose by 1,500 per cent in the past year.

However, despite their prevalence in society, for some the terms 'vegan' and 'vegetarian' continue to cause contention, with confusion as to what each diet includes and excludes, what sets them apart from each other, and what health benefits each claim to provide.

Here's what you need to know about the world's fastest growing eating trends:

Differences between veganism and vegetarianism 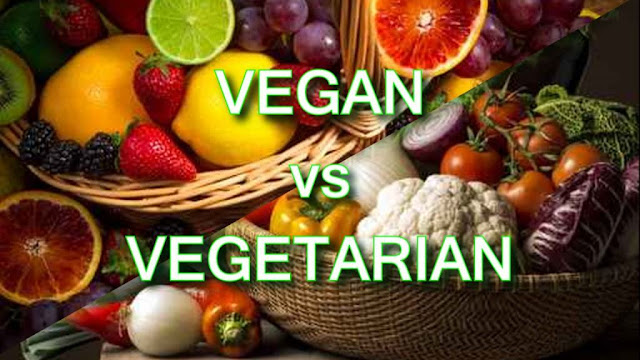 In essence, veganism is a way of living which 'seeks to exclude, as far as is possible and practicable, all forms of exploitation of, and cruelty to, animals for food, clothing or any other purpose', according to the Vegan Society.

A vegan diet is commonly known as a plant-based diet, comprising of all kids of fruits, vegetables, nuts, grains, seeds, beans and pulses. However, it excludes all dairy products (for example cheese and milk), eggs, or any other animal product – even honey, as it is is argued to be harvested by the exploitation of bees.

Products such as meat, poultry, fish, shellfish (crustaceans like lobster, crabs and prawns, and molluscs such as clams, mussels and oysters), and insects, are banned.

However, the main differences between vegans and vegetarians comes down to the choice of eating eggs, dairy and honey (all of which are commonly permitted under vegetarian diet guidelines, but banned from vegan diets).

Different types of vegans and vegetarians

Lacto-ovo-vegetarian: Eats both dairy products and eggs (many lacto-ovo vegetarians will only eat free-range eggs due to welfare objections to the intensive farming of hens).

Ethical vegetarians: Avoids meat in deference to the environment or animals

Vegan: Does not eat dairy products, eggs, or any other animal product.

Raw-vegan: Does not eat any animal by-product, as well as anything cooked above 46 degrees Celsius. 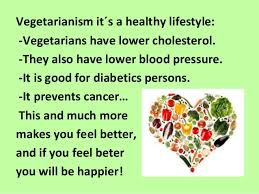 While most people take the terms vegetarianism and veganism to affect eating habits, they also play a part in an individual's choice of clothing, accessories, beauty products, cleaning products, medicines and forms of entertainment.

In order to avoid the exploitation of animals, a devout vegan and vegetarian might choose to avoid leather, fur, silk, feathers, wool, snakeskin and mohair or any chemicals which have been tested on animals.

However, while currently all medicines in the UK are tested on animals before they're deemed safe for human use, the Vegan Society doesn't recommend vegans avoid medication prescribed by medical professionals. Instead, vegans are advised to consult a GP or pharmacist about the possibility of taking medication that does not contain animal products, such as gelatine or lactose, or visit www.medicines.org.uk to research ingredient lists.

The Vegan Society also points out that that vegans are averse to supporting animal exploitation in any form, so will 'avoid visiting zoos or aquariums, or taking part in dog or horse racing'. 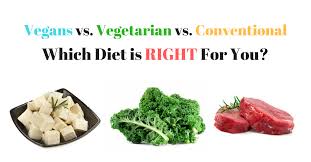 A deficiency of zinc, iron, calcium and protein is a common misconception when it comes to the suggested downsides of choosing a vegan or vegetarian lifestyle, with meat and dairy products commonly recognised as the best sources.

As a result, both groups can choose specific foods to make sure their nutritional requirements are met, with popular food choices including kale, grains, nuts, and legumes.

They can also get additional sources of protein from nuts, soy products (tofu, tempeh, miso, soy milk, edamame), seeds and sprouts, grains (quinoa, bulgur wheat), and beans. Dairy and eggs are also great sources of protein and calcium (for vegetarians, not vegans).

Spices such as celery seed, dill, poppy and fennel and great sources of calcium, as are soybeans almonds, peanuts, tofu, figs, sun-dried tomatoes, and peanut butter. 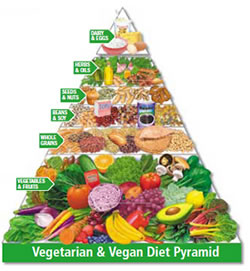 Plant-based diets are known to be rich in protein, iron, calcium, potassium and other essential vitamins and minerals, which are commonly low in saturated fat and sodium, high in fibre and packed with antioxidants. As a result, it is suggested that vegan and vegetarian diets could reduce the likelihoods of obesity, heart disease, diabetes and cancer.