What Is Quinoa and How To Cook Quinoa? 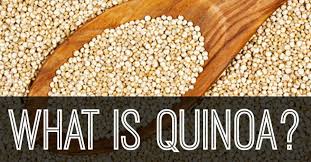 Quinoa, a crop closely resembling grain, has been a staple food to the people of South America for well over six thousand years.

In fact, quinoa played such an important role in the lives and cultures of the people of South America that the Incas referred to it as a sacred crop and included it in most of their religious ceremonies.

But, this high protein food faded into obscurity when the Incas were conquered by the conquistadors and forced to grow corn instead.

Recently, quinoa has gained tremendous popularity amongst western vegetarians, and health-conscious individuals, as a high-protein, gluten-free, high-fiber substitute for rice and oatmeal.

That is because we now understand that quinoa contains a balanced set of amino acids, including high amounts of folic acid, which make it an unusually complete source of protein amongst plant foods.

How To Cook Quinoa