The Science of Amazing Abs 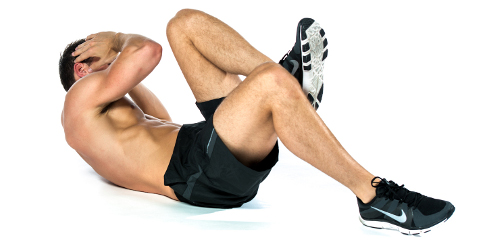 Carving out a great six-pack isn’t an easy feat—which is too bad since virtually every person I’ve ever met wants a defined set of abs.

But too many people view six-packs as a kind of fitness status symbol, reserved for the genetic elite or those who spend more time in the gym than they do in their own home. And that’s simply not the case.

Yes, your genetics and diet influence just how much muscle definition you have around your midsection. But the good news is that everyone has abs—regardless of how well you can see them. And that means that everyone can build better abs.

You might have to relearn a few things, but by incorporating the principles below and trying some new exercises, you can build stronger, better abs than ever before.

Your Abs Have More Than One Purpose

Ever wondered why sit-ups became such a popular exercise? It’s because most anatomy books state that the purpose of your abdominal muscles is to flex your spine. As a result, people think that by creating a “crunch” type movement, you’ll build your abs the way nature intended.

Unfortunately, most anatomy books are “at least 35 years out of date,” according to Mark Comerford, a researcher, physical therapist and founding director of Kinetic Control, a consulting agency that assists physiotherapists. He says that, while your abs do flex your spine, that’s just a small part of their duty. Your abdominal muscles also…

Create movement: Let’s say you’re standing upright, and then you bend forward at your waist as fast as you can, as if you’re a boxer ducking a punch. When you do so, you’ll feel your abs activate; since you’re moving faster than the speed of gravity. Your abs will kick in to propel your torso downward.

Counterbalance movement: Ok, now pretend that you’re standing upright again, this time with your hands on your belly. If you were to start leaning backward, you’ll again feel your abs activate, but this time in a different way. Your abs are doing the opposite of what anatomy books tell you. Rather than flexing your spine, those muscles are fighting the extension of your spine to keep you from falling over.

Resist movement: All right, last example. You’re again standing upright, but with your arms reaching straight out in front of you at shoulder-level, with your hands locked together. Let’s say a friend tried to push your arms to one side, but you didn’t want to move. How would you resist their efforts? Your Abs. Your core would activate to keep your arms pointing straight ahead.
It’s important to do exercises that will work your abs in all of these different ways to protect your body from injury and reveal the lean body you desire. 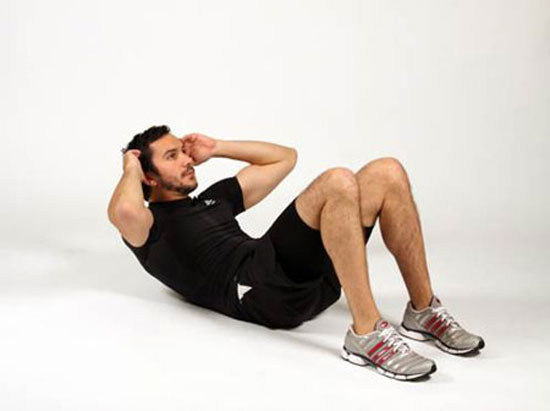 Crunches are not your enemy. Do them wisely.

Crunches fell out of fashion in recent years, as fitness experts and rehab professionals began speaking out against the exercise. Most cited the work of Stuart McGill, Ph.D., a respected spine researcher who found indications that doing too many crunches can cause serious damage your back. His theory: Because they require you to flex and bend your spine, performing these exercises often could cause a person’s spinal discs to push out too far, which could result in a herniated disc.

But the truth is that claims about crunches are highly debated. Carl DeRosa, Ph.D., the author of Mechanical Low Back Pain & Mechanical Neck Pain, says that your body position isn’t responsible for putting pressure on your discs – it’s how tightly you’re squeezing (or compressing) your muscles that have the biggest impact. Other experts like spinal researcher Michael Adams, Ph.D., say that a person’s discs can actually strengthen (like your muscles) and potentially become more resilient to injury as a result of doing abs exercises like crunches properly.

The bottom line: If you have a disc-related injury, crunches might not be the best exercise for you. But for healthy athletes, a few sets (not hundreds of reps) of well-performed crunches can help activate your abs. Performing crunches on a Swiss Ball or BOSU Trainer is exercise safer than floor crunches because they offer more support. Added bonus: Since you’re on a round surface, you also have a greater range of motion. 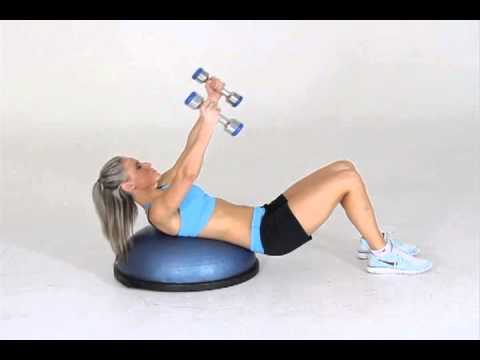 Weighted Crunches on a Ball or BOSU - Position a BOSU ball on the floor with the dome side up. Lie faceup with your lower back supported on top of the dome, with your feet flat on the floor and your knees bent about 90 degrees. Hold a weight plate (or dumbbell) in front of your chest. Raise your head and shoulders and “crunch” your rib cage toward your pelvis. Hold, and then return to the starting position. Perform 2-4 sets of 6-12 reps.
Full-Body Exercises Help Build Six-Pack Abs

Push-ups are essentially planks with a bench press -- kill two birds with one move.
Almost every movement you do works your abs in some capacity—especially if you’re standing. Press a weight overhead, your abs engage. Stand on one leg, your abs are working. Struggle during a tough exercise and “cheat” a little on your form—yep, you’ll probably feel your abs coming to the rescue.

These non-abs specific movements hit your midsection indirectly by working your “core” muscles, which are different from your abs. (Your core encompasses your entire torso, including your chest, glutes, back, and even neck muscles.) The following six movements work your core and help your abs “pop,” too.

Push-Ups: Everyone knows that planks are killer abs exercises. Push-ups are essentially planks crossed with a bench press, so you can strengthen your six-pack and build your chest. Start in the push-up position, with your arms slightly out in front of you and your elbows near the side of your body. Keeping your back straight and abs tight, lower your body until it almost touches the floor. Pause, then push yourself back up into the starting position. 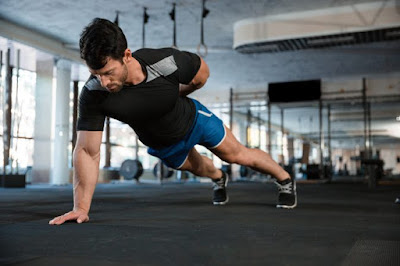 One-Arm Push-Ups: This exercise is the king of upper-body pushing exercises, hitting every muscle that regular push-ups hit while placing extra emphasis on your abs and obliques. Start in the pushup position but put one hand behind your back. Your other arm will be slightly out in front of you, with your elbow near the side of your body. Keep your legs wide (the wider they are, the easier the exercise). Lower your body down until your torso almost touches the floor. Pause, then push yourself up to the starting position.

Standing One-Arm Cable Press: If one-arm push-ups are too advanced for you, standing single-arm cable presses are the next best thing. Like the one-arm push-ups, the exercise strengthens your upper body, abs and obliques. Holding a cable in one hand, step out so that one foot is in front of you and the other leg is bent behind you. Lean forward slightly, pick your back heel off the ground, and tuck your elbow in. Drive the cable in your hand forward, pressing with your shoulder. Return quickly to the starting position and repeat.

Cable Chops: Stand with your feet shoulder-width apart and your abs braced. Grab a cable in one hand and pull it across your body. Then turn your shoulders and hips, as if you are swinging a bat. You have three options for the motion: high to low, low to high, or you can press horizontally, from the shoulder level. For best results, mix them up. 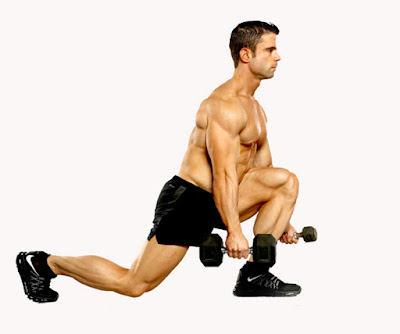 Tight Rotations: This body-weight movement is a relatively new exercise, but just as effective as the classics. Stand up straight with your feet shoulder-width apart with your arms straight out in front of you and hands locked together. Rotate your arms and torso as quickly as you can from left to right, keeping the movement between your feet – your shoulders shouldn’t extend past your left or right foot. Move your hips with your shoulders.
But You Still Need Ab-Specific Training

While nearly every exercise works your abdominal muscles in some way, the benefits of these movements are limited. Most only test the stability of your abs. They don’t develop other aspects of ab strength, like the ability to initiate movement. 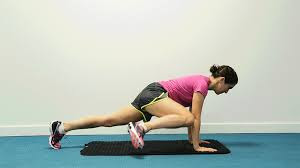 That’s why doing targeted abs movements is so important. Abs-specific exercises allow you to strengthen your midsection completely, helping you build an impressive six-pack that’s built to move. And perhaps the best way to strengthen your abs is to do Swiss-Ball Pike Rollouts. A 2010 study in the Journal of Orthopaedic & Sports Physical Therapy found that both the Ball Pike and Ball roll Out exercises were the most effective way hit your upper abs, lower abs, and obliques all at once. 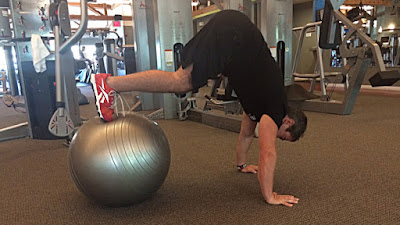 Swiss-Ball Pike Rollouts: Start in a pushup position with your hands on the floor and shins resting on top of a Swiss Ball. Your hands should be shoulder width apart, with your back kept straight. To start the exercise, tighten your core muscles and pull your legs in towards your arms, lifting your hips in the air. Pause at the top of the rep and hold for 1-2 seconds. Then lower yourself back down to the starting position, sliding your legs back over the ball until your arms are extended out in front of you. Remember to keep your abs braced and your back straight throughout the movement. Perform 2-4 sets of 6-12 reps.