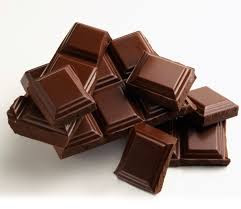 Don’t underestimate the power of dark chocolate! Here is a bit of good news for chocolate lovers.

The cocoa bean is a rich source of flavanols, a class of natural compounds that have neuroprotective effects.

Italian researchers examined the available literature for the effects of acute and chronic administration of cocoa flavanols on different cognitive domains.

In a study, participants were told to eat cocoa flavanols during a time period ranging from 5 days up to 3 months. The results were very interesting as they showed enhancements in working memory performance and improved visual information processing.

Older adults often have problems with memory decline or other mild cognitive impairments. Scientists discovered that cognitive performance was improved by a daily intake of cocoa flavanols. Factors such as attention, processing speed, working memory, and verbal fluency were greatly affected.

“This result suggests the potential of cocoa flavanols to protect cognition in vulnerable populations over time by improving cognitive performance.

If you look at the underlying mechanism, the cocoa flavanols have beneficial effects for cardiovascular health and can increase cerebral blood volume in the dentate gyrus of the hippocampus. This structure is particularly affected by aging and therefore the potential source of age-related memory decline in human,” researchers Valentina Socci and Michele Ferrara from the University of L’Aquila in Italy said. 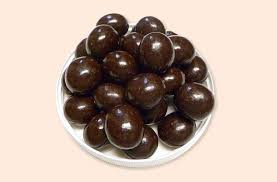 So should cocoa become a dietary supplement to improve our cognition? “Regular intake of cocoa and chocolate could indeed provide beneficial effects on cognitive functioning over time.

There are, however, potential side effects of eating cocoa and chocolate. Those are generally linked to the caloric value of chocolate, some inherent chemical compounds of the cocoa plant such as caffeine and theobromine, and a variety of additives we add to chocolate such as sugar or milk.”

Nonetheless, the scientists are the first to put their results into practice: “Dark chocolate is a rich source of flavanols. So we always eat some dark chocolate. Every day.”