5 Health Benefits Of Being Single 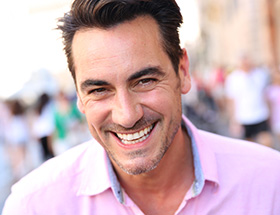 Single people may embrace alone time — and benefit from it — more than married people.

According to psychotherapist Amy Morin, solitude can have a range of benefits for your mental health. It may also help you be more productive and more creative.

"Time alone doesn't have to be lonely," Morin told Business Insider in 2015. "It could be the key to getting to know yourself better."

Indeed, research by other psychologists has linked solitude (in contrast with loneliness) with everything from an increased sense of freedom to higher levels of creativity and intimacy.

Based on a nationally representative survey of thousands of Americans who were questioned in 1987 or 1988 and then again five years later, DePaulo found that the men in the sample who got married sometime during this window gave an average of $1,875 less to friends than they had when they were single. The same findings did not apply to the women in the sample.

Men who had divorced, on the other hand, gave more than they did when they were married — an average of $1,275 more.

Even stranger, men who were divorced but remarried resumed being less generous after re-coupling by about $1,050.

"In sum," wrote DePaulo in the book "Singled Out," "men who are single give no less to relatives than men who are married, despite drawing from one (rather than two) incomes and getting paid less to boot. And, they give more to friends than married men do."

Single people could be more likely to develop as individuals.

An analysis of data from the National Survey of Families and Households that compared more than 1,000 people who had always been single with about 3,000 people who had been continuously married in 1998 found that the single people in the sample were more likely to experience personal growth than the married people — at least when it came to how they answered the following two questions.

As compared to the married people in the sample, the singles were far more likely to say they agreed with the statements:
For me, life has been a continuous process of learning, changing, and growth.
I think it is important to have new experiences that challenge how you think about yourself and the world.

Singles may be more physically fit.

There may be some truth to the idea that people who "settle down" ease into unhealthier habits, at least when it comes to some measures of physical fitness.

After surveying more than 13,000 men and women between ages 18 and 64, researchers found that those who were single and had never been married worked out more frequently each week compared with their married or divorced peers.

And a 2015 study in the journal Social Science and Medicine that compared body mass indexes to about 4,500 people across nine European countries found that single men and women had slightly lower BMIs, on average than men and women who were married. Overall, the married couples also weighed about five more pounds, on average, than the singles.

Singles have a stronger social network than their married counterparts.

Think married people have more friends? Think again.
In 2015, social scientists Natalia Sarkisian and Naomi Gerstel set out to explore how ties to relatives, neighbors, and friends varied among single and married American adults. They found that singles were not only more likely to frequently reach out to their social networks but also tended to provide and receive help from these people than their married peers.

Their results held steady even when they took into account factors like race, gender, and income levels.

Put simply, "being single increases the social connections of both women and men," Sarkisian and Gerstel wrote in their paper.